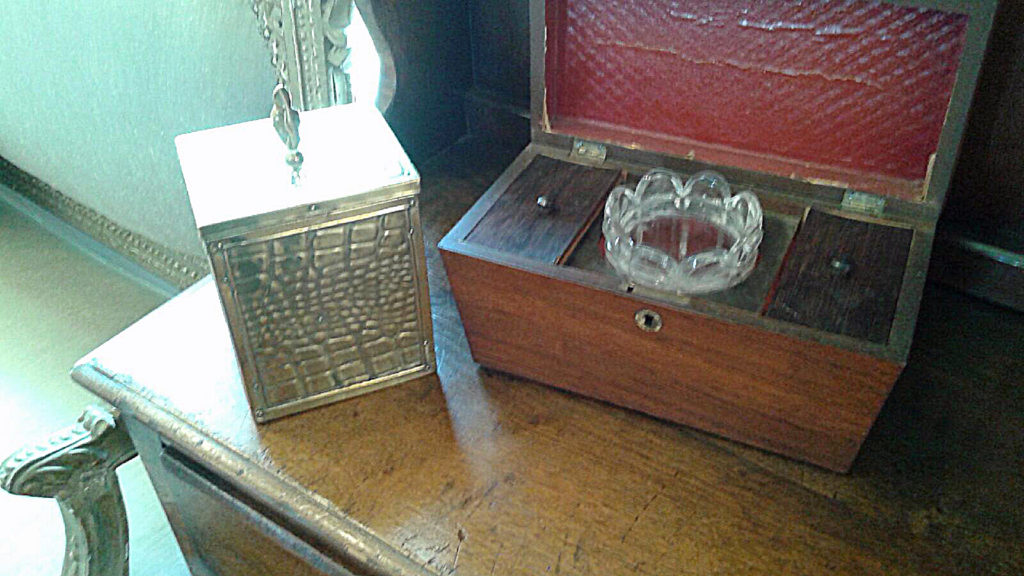 Tea drinking was fashionable in China as early as 618 AD. It wasn’t until the 17th c. that it reached Europe. Tea was very expensive during the 17th through 18th centuries and was first available only to the wealthy. Locked boxes of various types were invented to store the tea leaves as well as to keep it “safe”.  Initially tea caddies were round porcelain from China. The names transitioned from jars to chests to caddies. Woods, silver, brass, and glass were the primary types.  They ranged from very simple to extremely ornate. To learn more about tea and the history of caddies read  “Tea Caddies” by Noel Riley. And come see some great examples of 19th c. caddies at Centuries Past Antiques in Gruene, Texas.